In the early 1960s, CIA agent Napoleon Solo and KGB operative Illya Kuryakin participate in a joint mission against a mysterious criminal organization, which is working to proliferate nuclear weapons.

After a month of mostly disappointments, we get The Man from U.N.C.L.E., an awesome, wildly entertaining action flick. Guy Ritchie takes a ’60s spy television series and brilliantly turns it into a Bond-style thriller that’s loads of fun. Henry Cavill is a great protagonist, and although his personality is not completely convincing, mainly because he’s a Brit playing an American, he has great chemistry with Armie Hammer, who also does a great job. Alicia Vikander is very good too. Since she made her breakthrough with Ex Machina this year, she has been very pretty and attractive in all her roles. However, she feels like a cliche damsel in distress by the end of the film. Elizabeth Debicki’s villain is also slightly predictable, with her motive not being completely clear, besides wanting to continue a criminal family business from past generations. Hugh Grant does a great job but could’ve had some more screen time. Nevertheless, I was mostly entertained by the movie’s cast.

The movie’s action, like other action films this year, takes it to a completely new level. There isn’t too much action within the first hour, but there is still plenty of action during the run-time of the movie. Whenever the action came on screen, I found myself entertained out of my mind. The action is amazingly coordinated and brilliantly shot, not to mention the awesome soundtrack that gives the movie a ’60s feel. The way the movie’s story is set up is great. The movie altogether entertained the hell out of me from the beginning to the end. It’s not your typical cliche action story except for maybe a plot point or two. It’s not as cheesy of a movie as it seems, and is much better as its approach with marketing.

Like I’ve mentioned in previous posts, 2015 has been an excellent year for action movies. Kingsman: The Secret Service, Mad Max: Fury Road, and Mission: Impossible – Rogue Nation all defied expectations and were awesome in their own ways. Now, The Man from U.N.C.L.E. is one of those films. With its action, directing, cast, and soundtrack, it makes an awesome popcorn flick definitely worth checking out on the big screen. 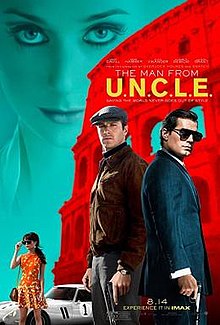 Four young outsiders teleport to an alternate and dangerous universe which alters their physical form in shocking ways. The four must learn to harness their new abilities and work together to save Earth from a former friend turned enemy.

Fantastic Four brings the 4 heroes back to the big screen. For good? Unfortunately not. The movie was only made so that Fox could keep the rights to the characters. And despite the studio also making the film to re-imagine the franchise for a new decade, no good effort comes out of this movie. The  script is lousy, cliche, and couldn’t be more predictable. It’s everything we’ve seen before, and nothing new came out of it. The directing isn’t good either, and although director Josh Trank apparently had a much better version of the movie before its release, Fox interfered and forced him to re-shoot. The result is something that couldn’t be more cliche, and like The Amazing Spider-Man 2, was interfered massively by its studio, resulting in the movie being worse than the director’s original idea. I am tired of this happening in post-productions, especially with high-budget films. I don’t believe a studio is there to avert a movie from the director’s vision, is the director is the most important person behind the camera of a movie.

The cast members are all horrendous. They are not interesting to watch on screen, as they do not bring their characters to life well. Miles Teller, Kate Mara, Michael B. Jordan, and Jamie Bell all deliver boring performances and aren’t special at all. Sure, they are great actors in other movies, but they didn’t work well with the script in this movie, especially because they didn’t deliver their lines well. Toby Kebbell gives a decent approach at first, but by the time his character becomes a villain, starts saying villain-y things and doing villain-y stuff, he isn’t interesting, either. Like the rest of the cast, Reg E. Cathey and Tim Blake Nelson are extremely boring, as two very cliche and predictable supporting characters.

Like I was saying earlier, everything about the story is extremely cliche, from the themes about family to the opening story about curious children wanting to solve the mysteries of science. There wasn’t a single bit of it I didn’t find to be familiar, just like my first impression of the movie when the first trailer was released back in February. The movie’s pacing is actually alright. It takes its time at first, but later it spends 40 minutes trying to convey the same thing over and over again, and then it ends way too early. It should have been at least 20 minutes longer, although no one would want to sit through 20 more minutes of utter garbage. By the end of the movie, the film’s approach is so awful. The ending is very weak, and they way they try to set it up for a sequel is in the most cliche and frustrating way possible, ti the point that I hope the sequel is scratched along with plans for a shared universe with the X-Men. I can’t yet decide what’s worse: this, or the dreadful 2005 Fantastic Four movie.

Unsurprisingly, Fantastic Four doesn’t satisfyingly bring the characters to the big screen, and more than that, it makes us want them to leave the screen. It’s time to put this franchise to rest. 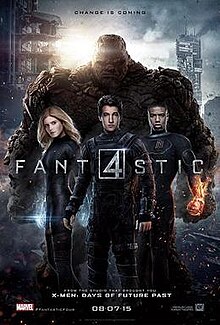 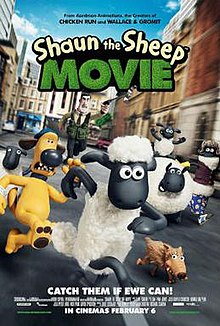