Set more than a decade after the events of the first film, learn the story of the Sully family (Jake, Neytiri, and their kids), the trouble that follows them, the lengths they go to keep each other safe, the battles they fight to stay alive, and the tragedies they endure.

James Cameron created a monumental landmark in visual entertainment and epic storytelling with Avatar. A sequel so many years later with so much promise to top the first would send too impossible to be real, but The Way of Water manages to deliver that same ambition felt in every shot of the first film and then some. Years were spent to create new technology to film motion-capture scenes underwater, and I’m glad Cameron spent all the time he needed to get it right because the term “out of this world” has never fit more for anything else. The plot beats in the first hour are familiar, but everything from there onwards is breathtaking, grand, and mesmerizing to the eye. The underwater scenes are some of the most visceral visual cinema I’ve ever seen, with the detail and realism allows you to completely suspend disbelief as you feel you’re actually on Pandora. Sam Worthington and Zoe Saldana are great in their roles again, and the script this time beautifully captures the depth of a parent’s love for their child. Sigourney Weaver returns not as the same character but in a different and inventive way. Jake and Neytiri’s children are as complex and poetic characters as their parents who carry across the story’s themes such as empathy, uniqueness, and selflessness.

Cameron manages to somehow expand on the scale of Pandora and this fictional universe that millions of audiences were already in love with, while finding the intimate moments beneath all the colorful CGI that often stick out and resonate. The cast ensemble may not be Lord of the Rings-level of memorable yet, but the world-building and storytelling certainly is. Not to mention, the love Cameron creates between the audience and the oceans of Pandora may hopefully bring attention to the way corporations and human actions deplete our oceans here at home, and the way of water the title refers to is the beauty of nature that our ancestors knew so purely that can give life and consume those who don’t respect it. The overall narrative has familiar beats but the emotion is heartfelt and thrilling, and the atmosphere and aesthetics are a once-in-a-lifetime experience that has to be seen on the biggest screen you can seek out and in 3D — I’d recommend IMAX 3D, which is how I saw it. Avatar: The Way of Water may have the lesser story of the two Avatar films, but it has a sensational awe and grandeur to its fusion of images, score, and weight that invites you to not only enjoy, but experience, behold, and never want to leave the forests and oceans of Pandora. 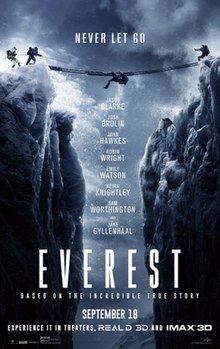